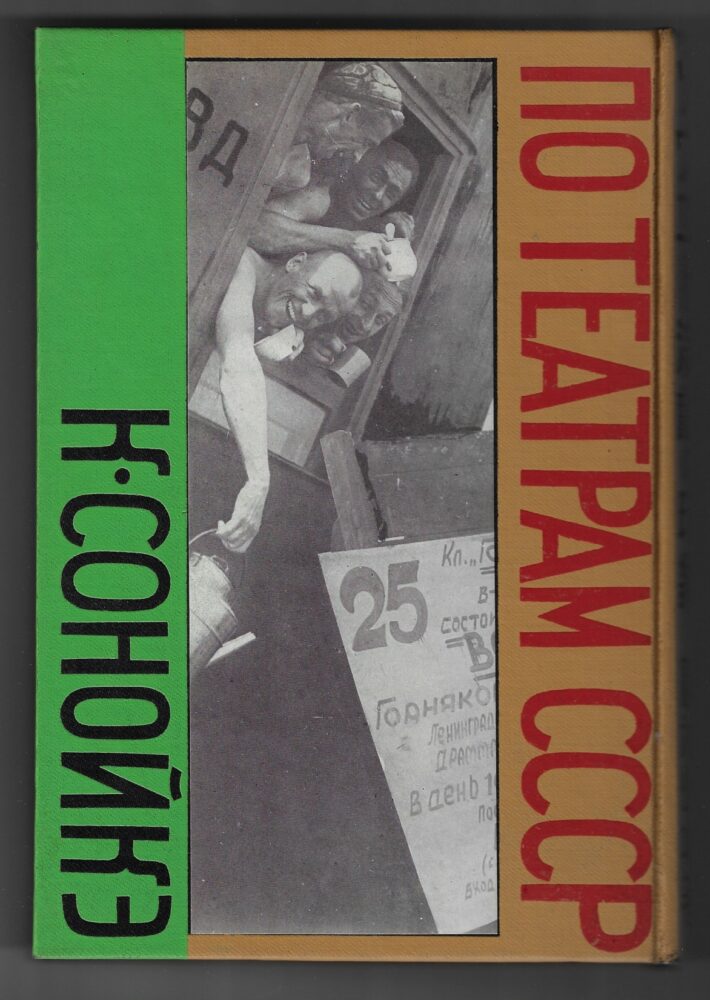 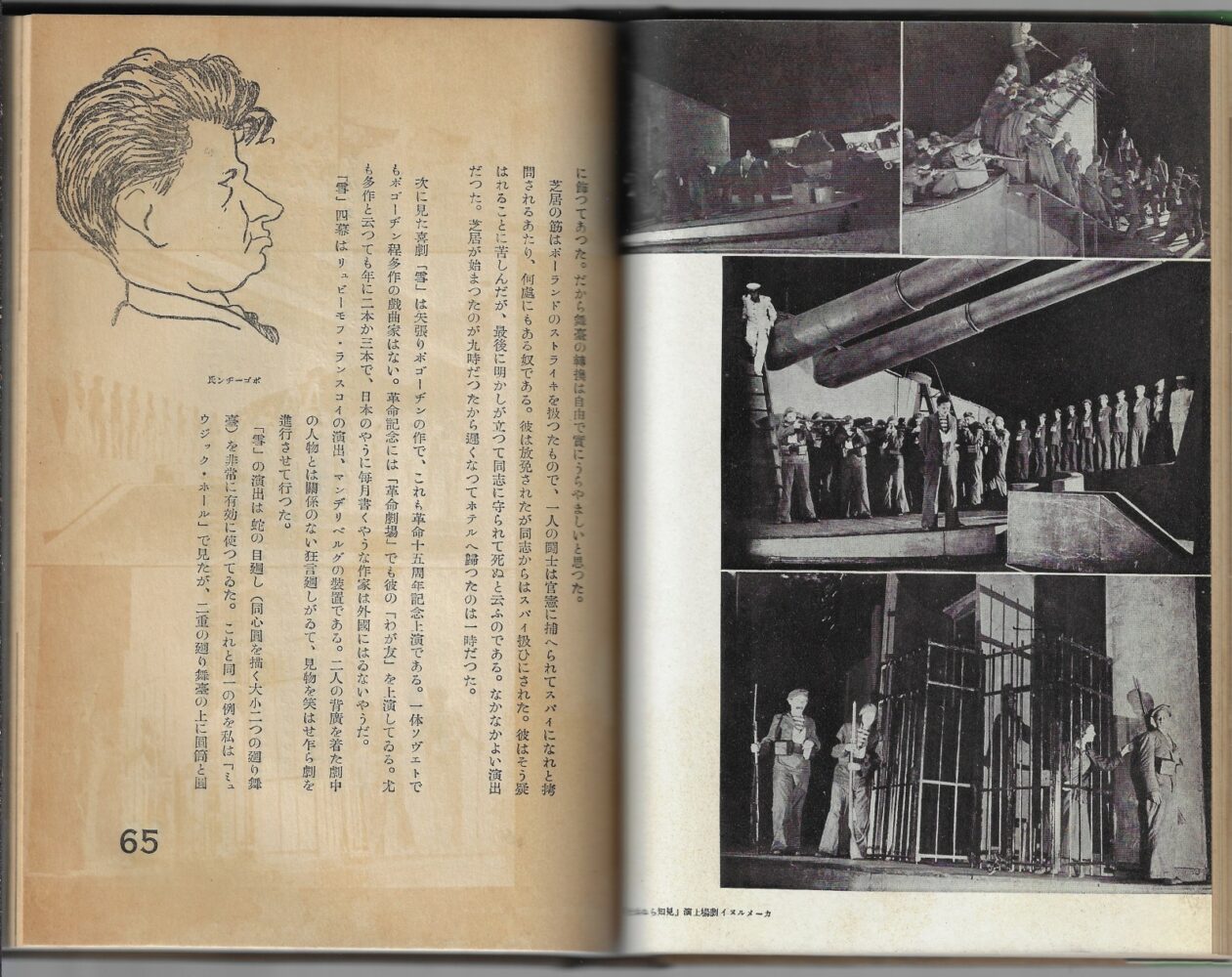 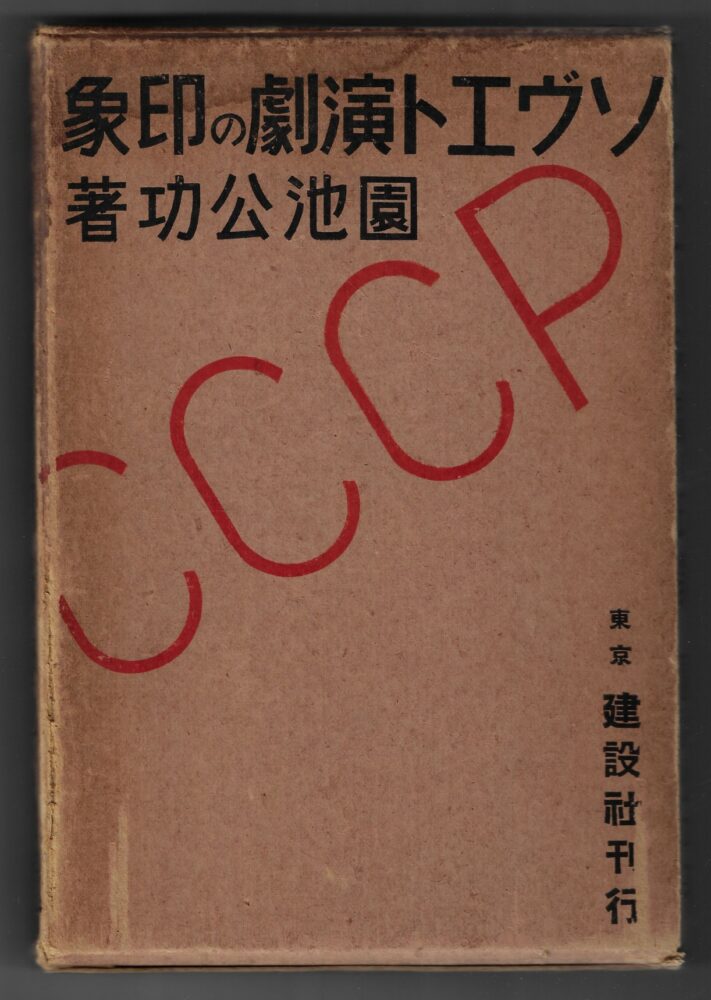 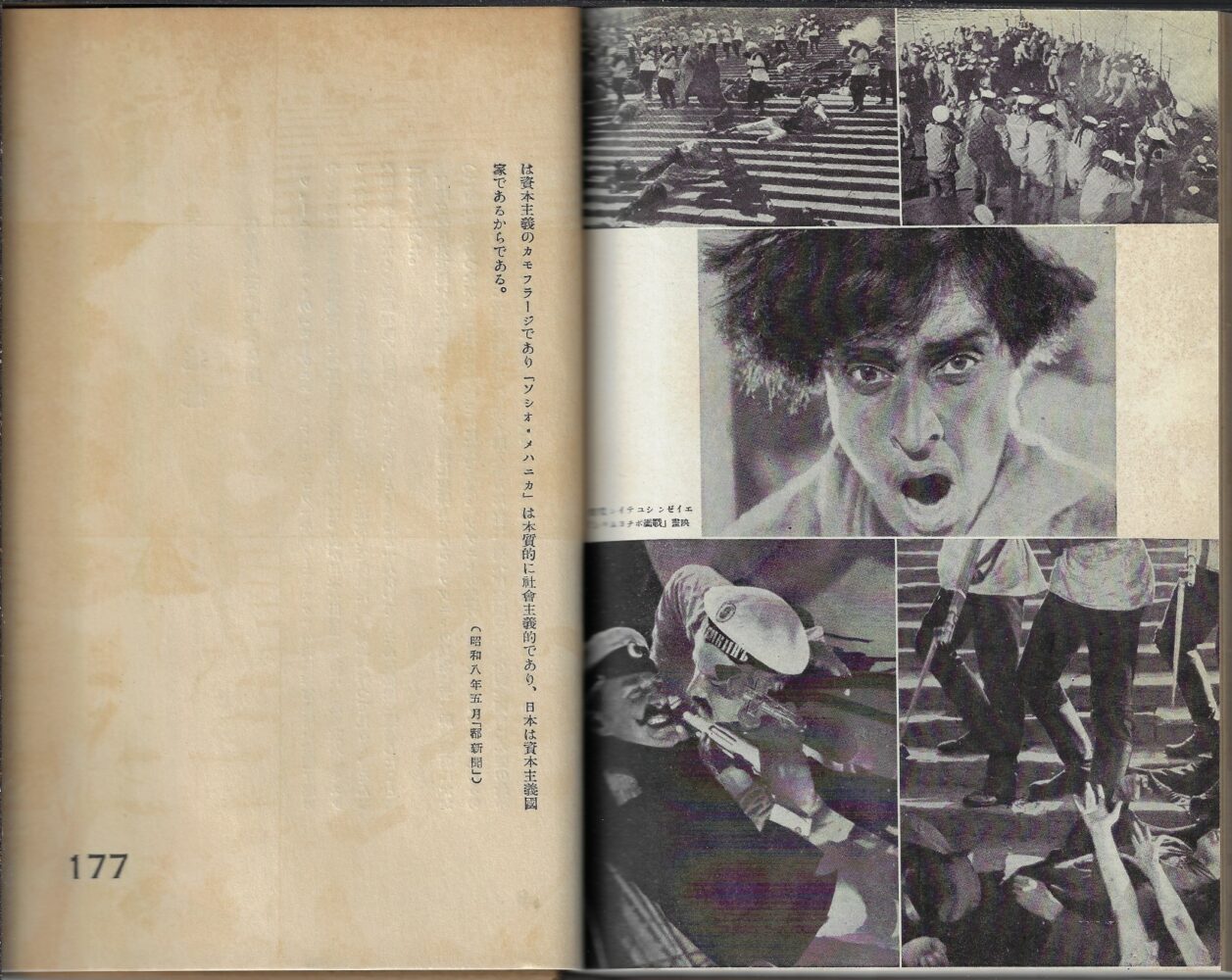 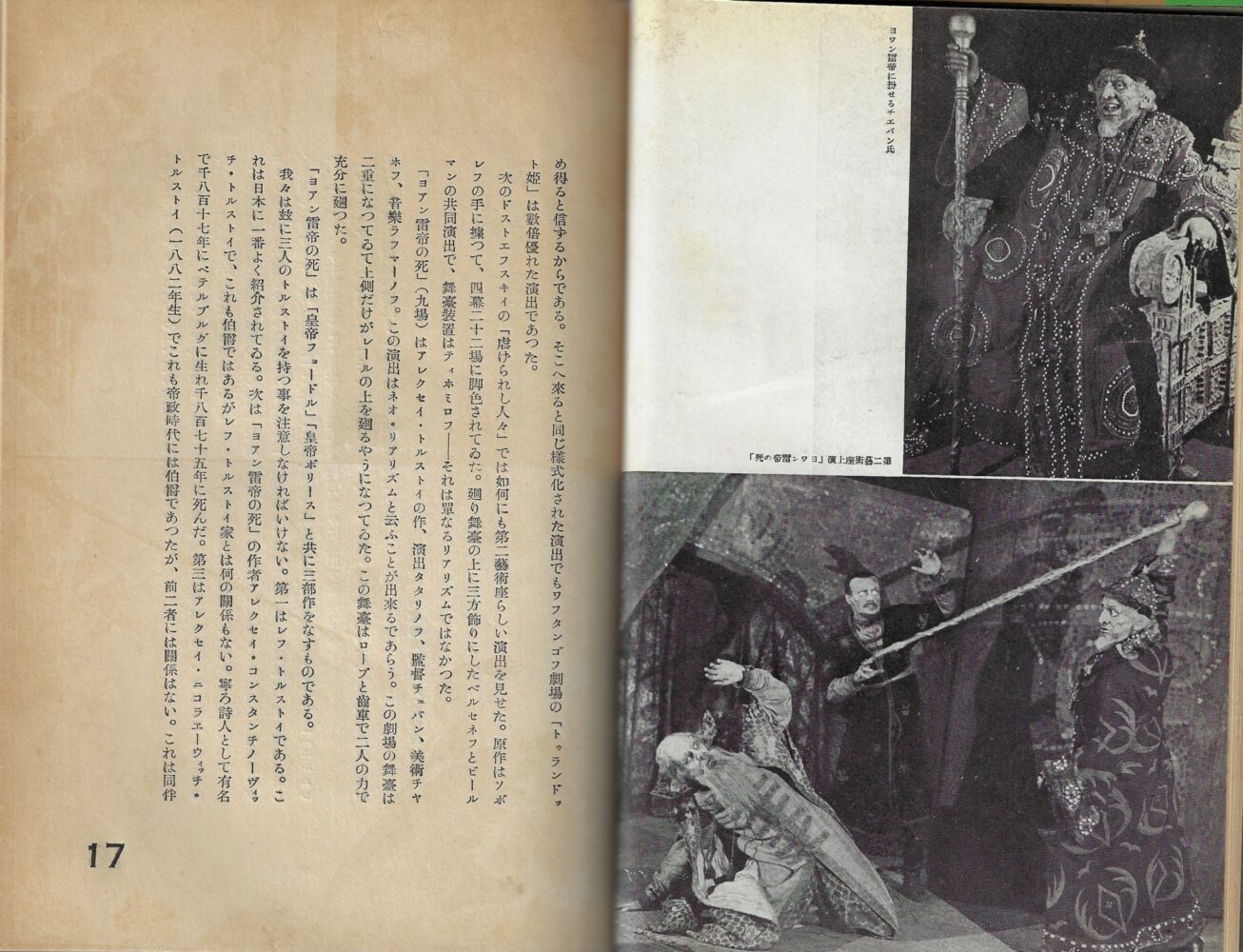 Detailed analysis of the more recent trends and developments (early 20th century) in Russian/Soviet avant-garde theatreand film, by Japenese theatre director and critic Kinnaru Sonoike (1896 – 1972). The author had been invited to the SovietUnion the previous year, where he had visited various theater and saw productions in Moscow and Lenningrad. The fourthchapter deals with Soviet cinema, and includes Sonoike’s observations about his meeting with filmmaker VsevolodPudovkin, experiences going to the movie theater and visiting the Moscow film school. The images dislay a wide range ofproduction designs ranging from proletarian scenes, soviet realism, to more avant-garde expressionist type of staging. Thefinal group of images is of soviet films, including stills of the famous „Odessa Steps Sequence“, from Sergei Eisentein’slandmark film Battleship Potemkin. Additional in-text b/w lithographic illustrations of set designs and caricatures of theatrefigures, as well as some tables and charts, throughout.

Slipcase with some staining to the corners.