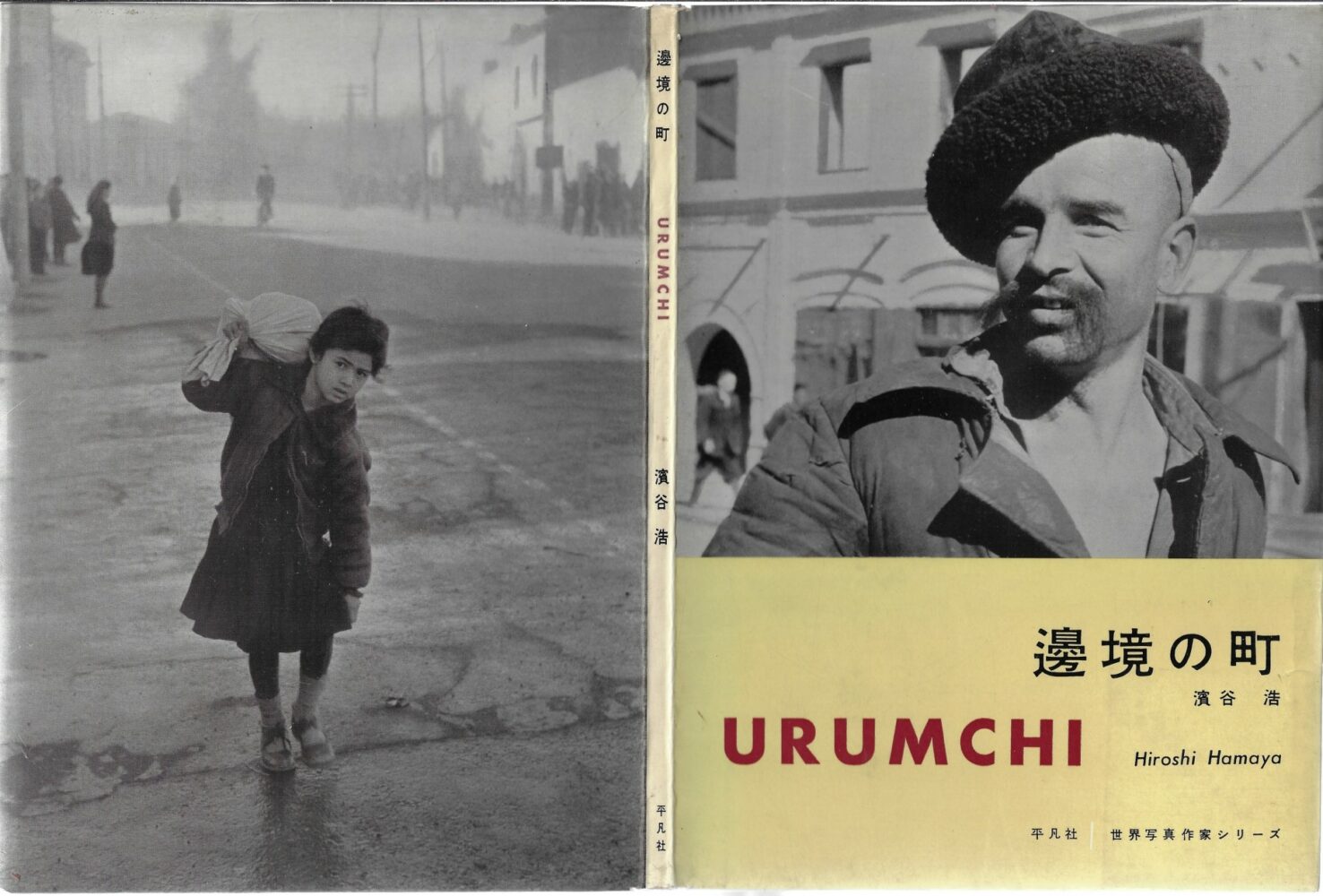 Hiroshi Hamaya (1915-1999) leading modernist photographer, known to have worked with theTohosha group and for the naval authorities during the Pacific War. Taught himself photographyfrom the age of fifteen. Between 1933 and 1937 worked as a freelance photographer for OrientalPhotographic Industries. Ten years after the end of the war, produced his first collection ofphotographs (‘Yukiguni’). Post-war career can be divided into three separate stages: the strugglebetween man and nature (‘Yukiguni’, ‘Henkyo no machi’, ‘Ura Nihon’), humans in difficult politicalcircumstances (‘China as I saw it’ & ‘Document of Grief and Anger’), and nature without humans(‘Landscapes of Japan’). For many centuries Urumqi in Xinjiang Province has been a meeting pointfor cultures of the East and West. An area where Uigurs, Hui, Tartars, Mongols, Uzbeks, Russians,Kazaks, and Han Chinese live together under the adverse conditions of the desert. Throughout the1950s Hamaya was fascinated by the effects of harsh natural environment on human beings. Hevisited Urumqi in October 1956: This book is part of the World Photographers Series (Sekai shashinsakka shirizu).