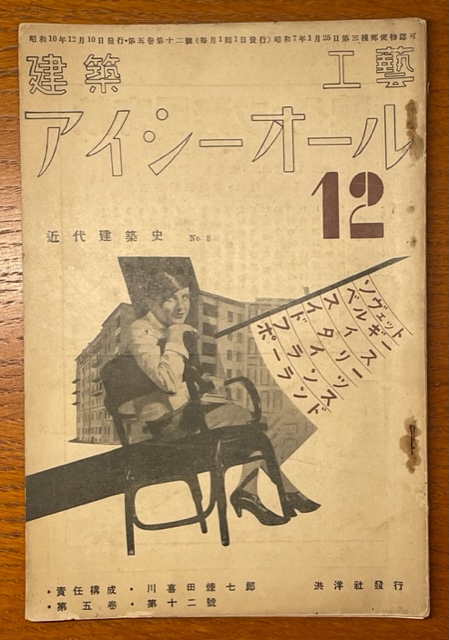 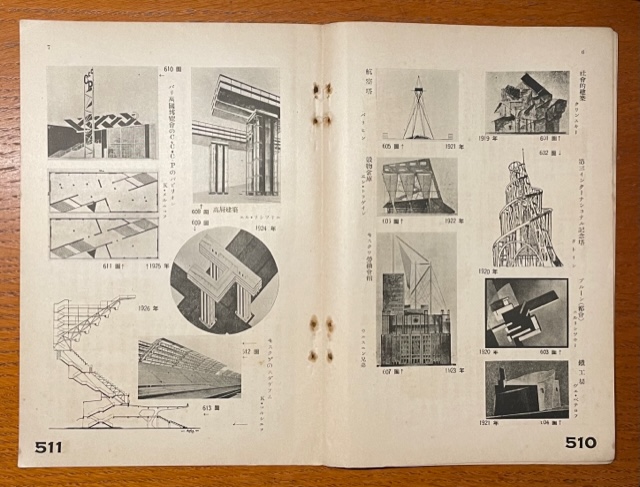 Kawakita Renshichiro (1902-1975) was an architect and interior designer and a key figure during the early phase of modernism in Japan. In 1932 he founded the Institute of New Architecture and Industrial Arts with the aim of bringing the ideas of the Bauhaus school to Japan. The present monthly magazine (also launched in 1932) showcases aspects of modern commercial architecture (shops, restaurants, theatres, cinemas, libraries, schools, factories) as well as interior design (showcases, shelving, chairs etc.) from the West and their application in Japan. Most of the articles are by Kawakita himself but there are also translations from Western sources. ‚I see all‘ was strongly influenced by the Russian and German avant-garde and later issues discuss the influence of technology on contemporary art (Hans Arp) and photography (montage). References are made to new publications and magazines for specific countries (Germany: Die Form; Moderne Bauformen, Die Neue Linie; Soviet Union: USSR in Construction, Cobetckay Apxntektypa) showing the keen awareness in Japan of modernist trends abroad.

This issue of the journal presents, under the title „Modern Architectural History 8“, an excerpt from Gustav Adolf Platz „Die Baukunst der neuesten Zeit“, 1927/1930. Modern architecture from the Soviet Union, Belgium, Switzerland, Italy, Germany and France. Among others, works by: Tatlin, El Lissitzky,  Wesnin,  Melnikov,  Golosov,  Popov,  Kluzis, Ginzburg, and many others.

The condition of the issues in this series is often not very good. The stapling used by the publisher is often rusty due to the high humidity in Japan. In most of the booklets we offer, we have had the rusty staples removed and replaced by thread stitching or adhesive binding.

We are happy to offer numerous other issues on request, each with a detailed description of their condition. The prices per issue range from EUR100 to EUR 300, depending on condition and content.