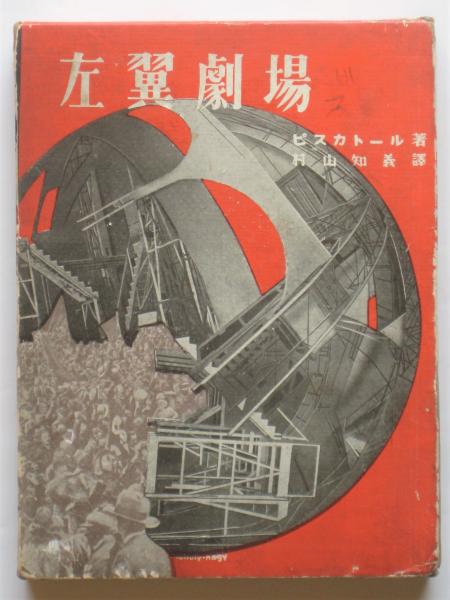 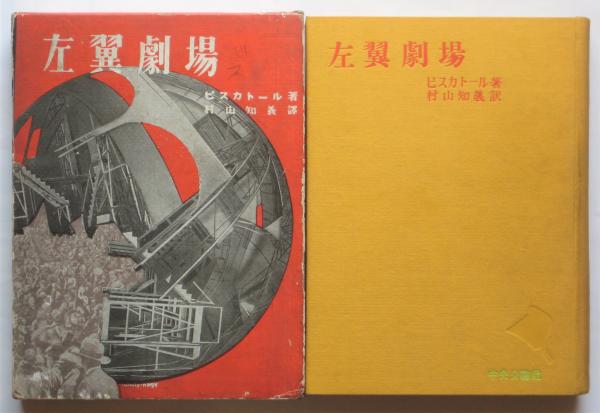 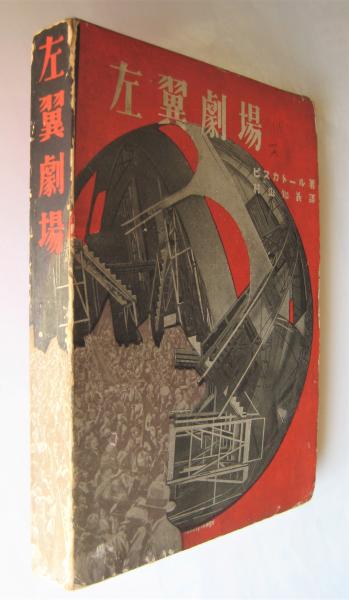 Original cloth, original slipcase, printed in red and black with a photomontage design by Moholy Nagy.

The radical Mavo artist, theatrical designer and critic Murayama Tomoyoshi, who had come under the influence of Expressionist theatre and set design while in Berlin in 1922, developed in the mid-1920s an interest in the work of the German dramatist Erwin Piscator, “thought by many to be the father of the twentieth-century mass media, panoramic theater spectacle. Murayama later translated Piscator’s book ‘Political Theater’ in 1929” (Weisenfeld).

The slipcase of this Tokyo edition is almost identical to the dust jacket of the original Berlin edition designed by Moholy-Nagy, preserving its dramatic red and black double-cover photomontage of a spherical Constructivist theatre set mobbed by hundreds of people with banners.

Very nice copy, the outstanding designed slipcase only slightly rubbed at the edges.