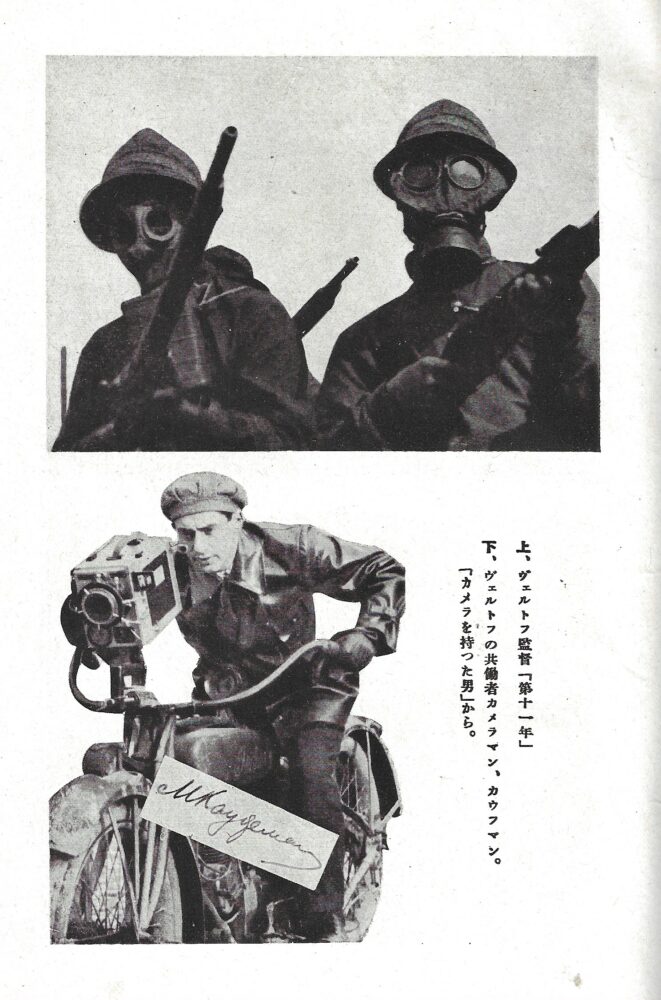 First edition, first printing. Koreya Senda (1904 –1994) was a Japanese stage director, translator, and actor. In the late 1920s and early 1930s, Senda lived in Berlin where he was involved with underground theatre performances. He was involved with the community of Japanese artists living in Germany who was actively engaged with political activism. To supplement his income, in 1930 Senda founded the design studio Tomoe in Berlin, with the painter Osuke Shimazaki, lacquer artist Kotaro Fukuoka, photographer Hiroshi Yoshizawa, and the Bauhaus students Iwao and Michiko Yamawaki, a photographer and architect, and a textile artist, respectively. The studio produced posters, gift-wrap paper and leaflets, and undertook window dressing and interior design for Japanese restaurants.  Senda and his wife, Irma, returned to Japan on January 1931 via Moscow.

The spine lettering of the cover is completely faded.