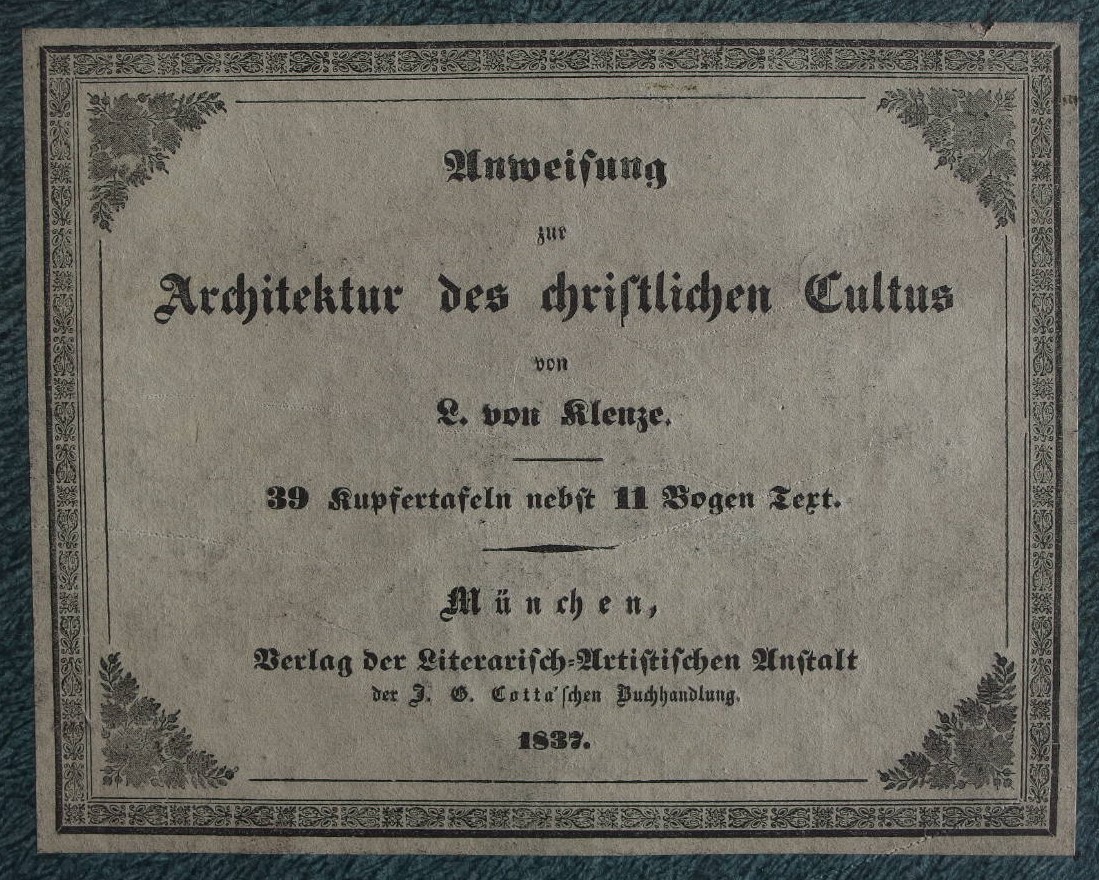 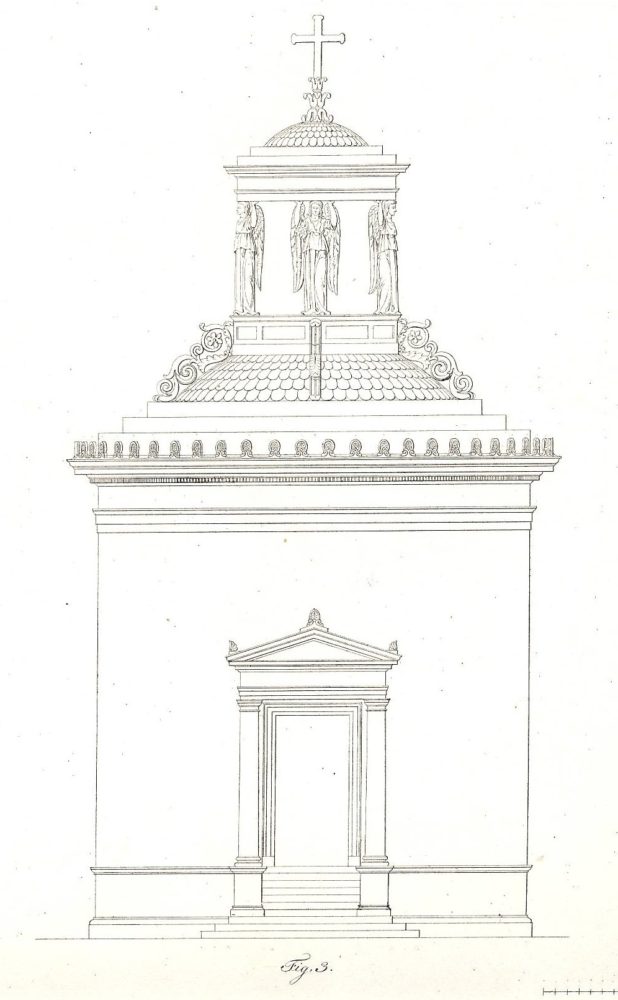 First public edition. The edition published 1822 was distributed only to religious authorities throughout Bavaria. Engraved title surrounded by four panels with framed views of Bethlehem, the church at Calvary, and statues of Christ by Thorwaldsen and Michelangelo. The 38 plates, with elevations and plans, include11 design for small village churches, three for larger ones, two for urban parish churches, two for the main church in large towns and one for a cathedral.

“The ‘Anweisung zur Architektur des christlichen Kultus’ can be regarded as a pattern book of modern basilica-based church architecture, which Klenze aimed to elevate to a new and higher level of development. Taking sacred buildings as an example, he formulated his neo-classical approach to architecture in an excursus covering the philosophy of religion, history, aesthetics and the history of art and culture.” Bernd Evers, Architectural Theory from the Renaissance to the Present, 2006 p. 380. Riba, Early Printed Books #1681.

Rare unbound copy in the state as it appeared, placed in a contemporary portfolio. Portfolio restored, text pages sometimes slightly browned in the margin, otherwise good copy with broad margins.