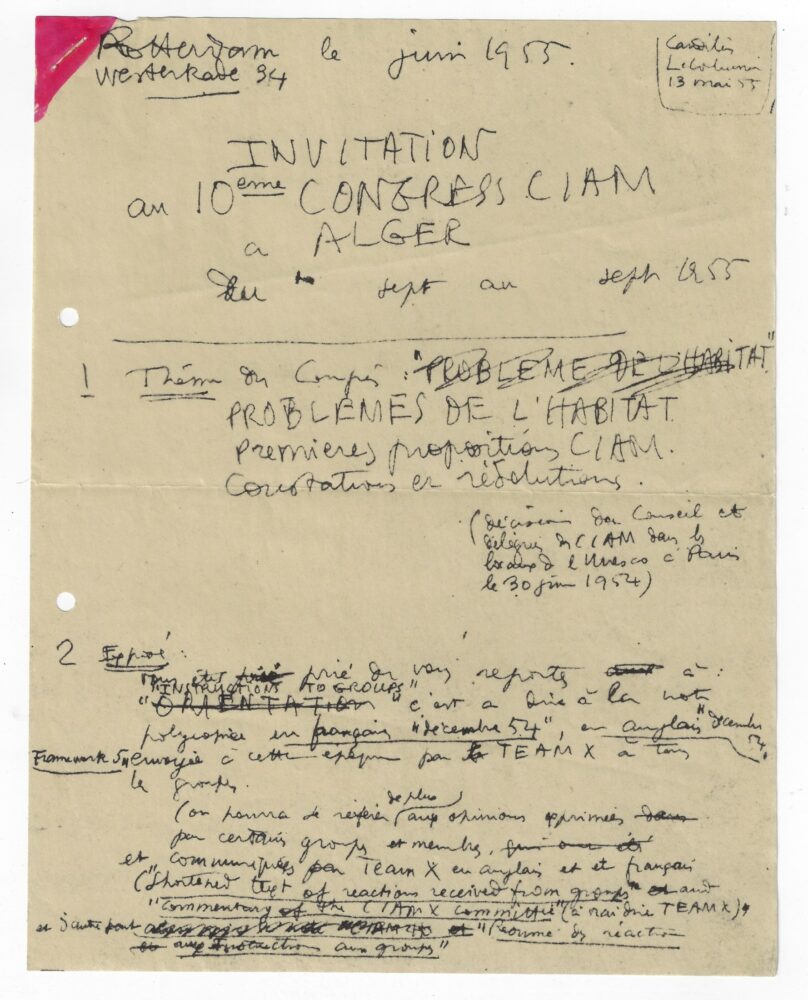 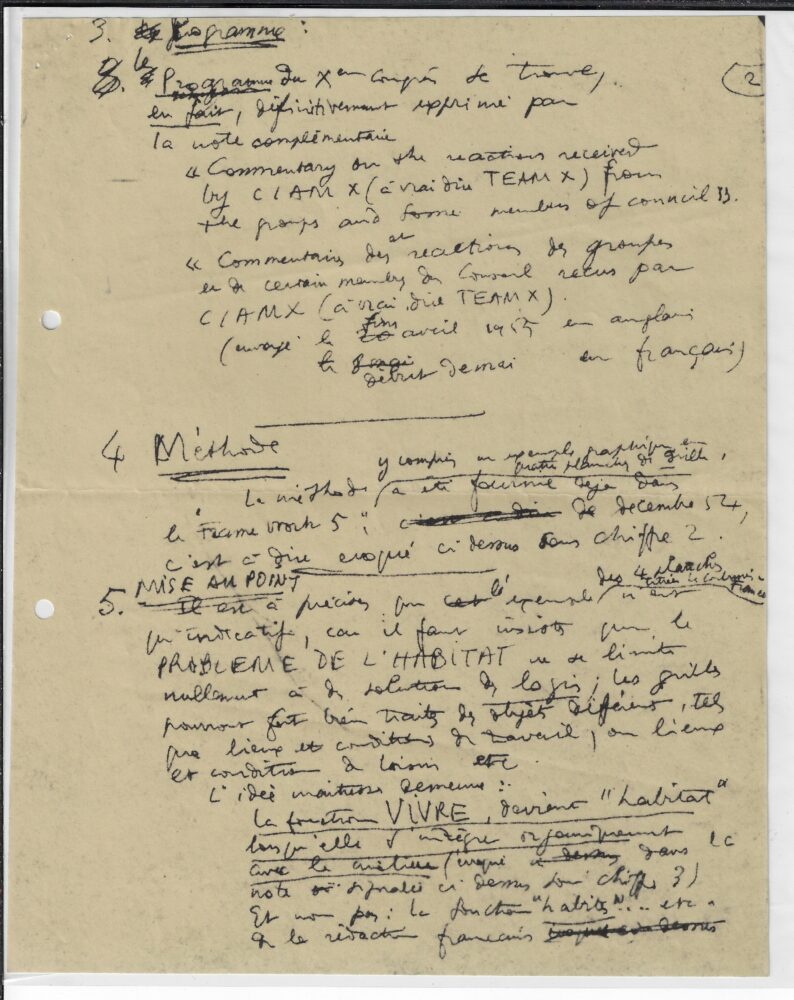 Concept for the 10th CIAM Congress in Algiers, with many corrections and deletions.

Provenance: Oswald Haerdtl (1899-1959) Haerdtl re-established the Austrian CIAM group, which had lost their representatives by the emigration of Josef Frank and Walter Loos before the war. He taught this consistently international, made intensive efforts to make contact with the exiled colleagues.