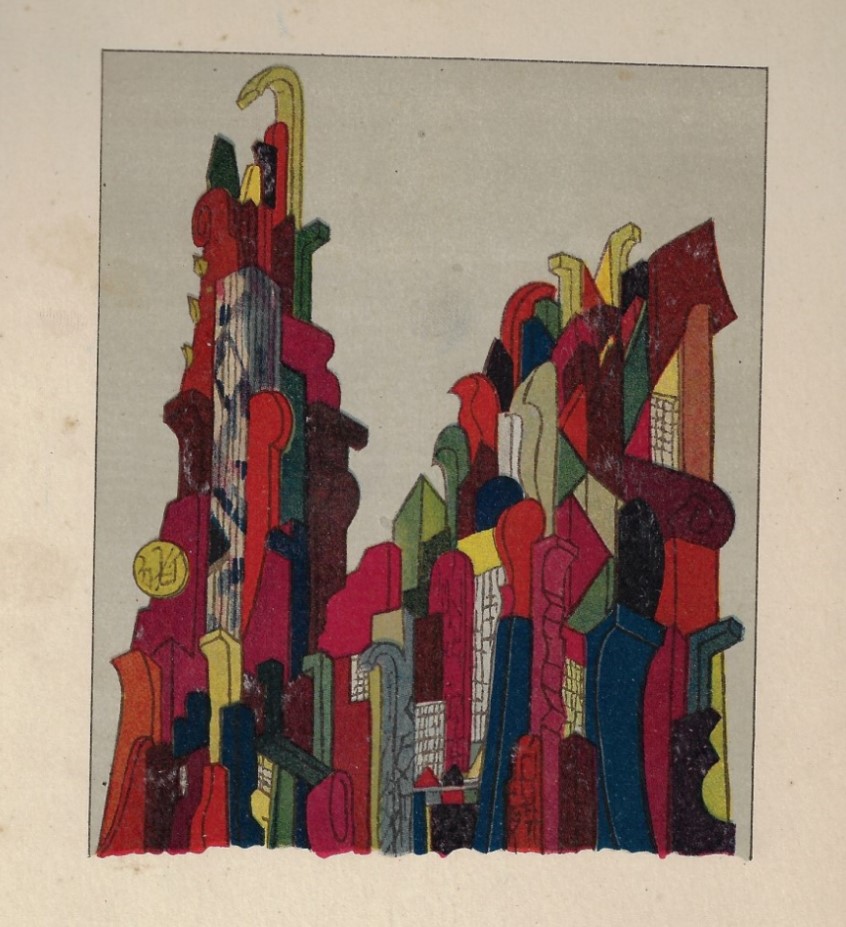 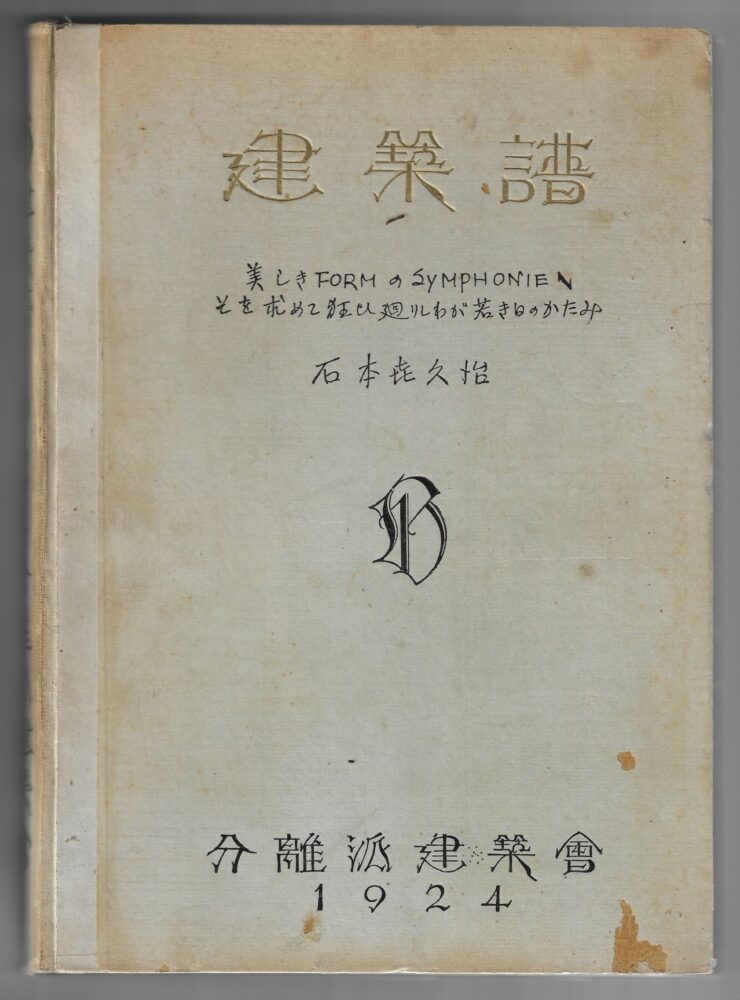 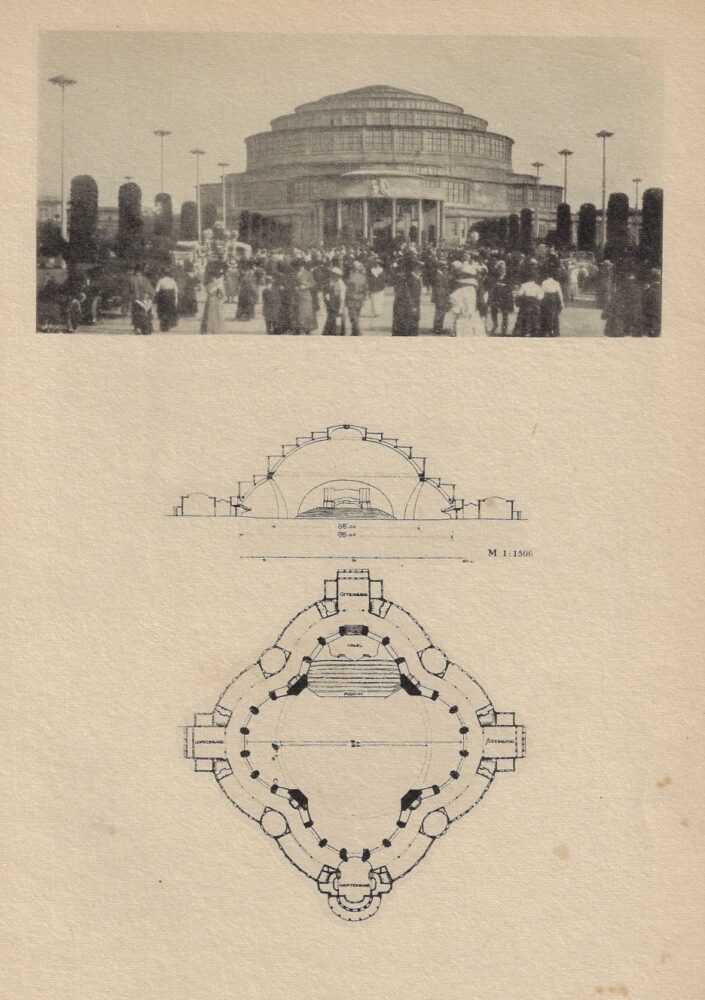 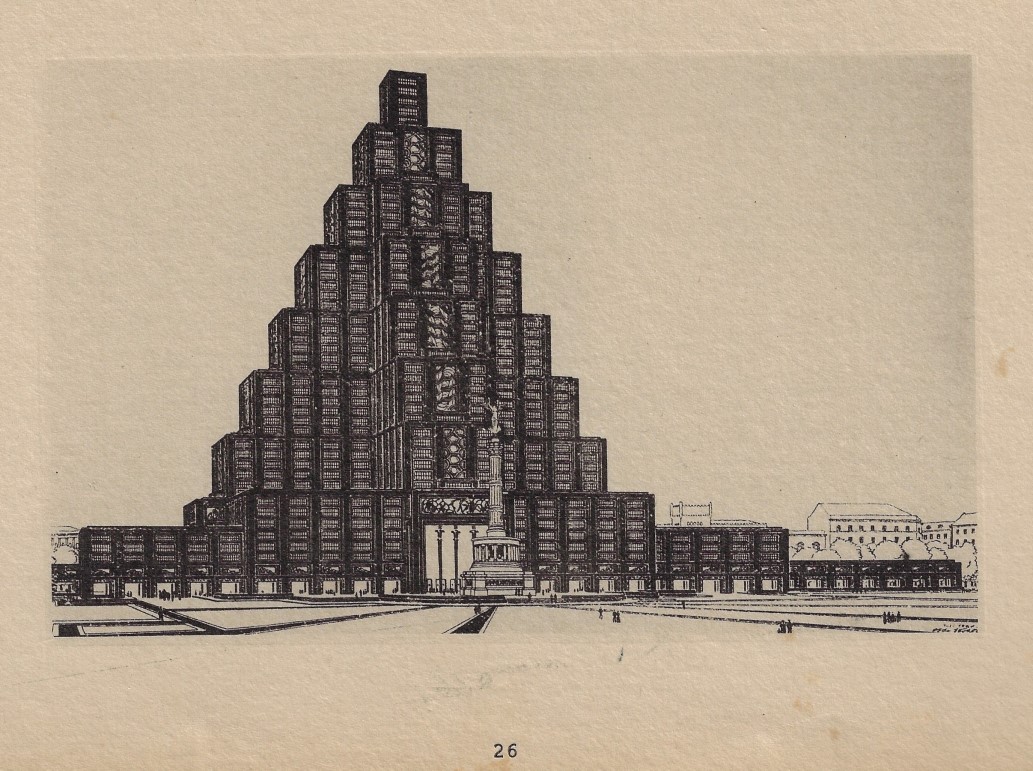 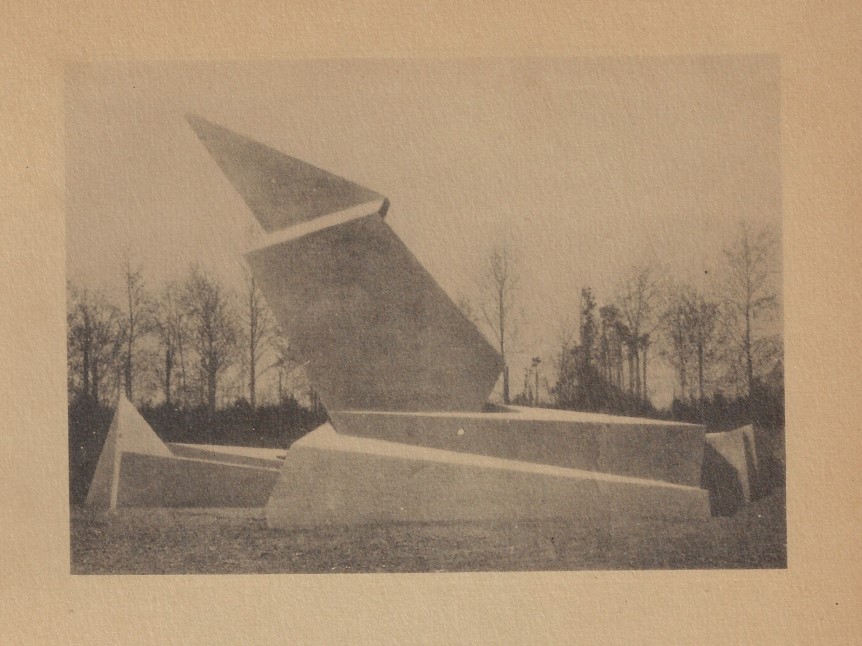 First edition, second printing (1924.9). After he graduated from Tokyo Imperial University in 1920, Ishimoto Kikuji travelledto Europe and to Germany. He was the first Japanese architect to ever work with Walter Gropius, with whom he stayed incontact for long after the two years that he spent at the Bauhaus. On his return to Tokyo, Ishimoto took with him ideas,styles and architectural technologies he had observed in Europe. … His real inspiration was German Expressionism thatin the years after World War I was the most powerful force in German architectural life and their idols were the Berlinarchitects Bruno Taut, Hans Poelzig and Erich Mendelsohn … The establishment of the Bunriha greatly influenced thedevelopment of Modernism in Japan. During the eight years that the group was active, it organized a total of sevenexhibitions (the last in 1928) exploring new developments in European Architecture and promoting these ideas withinJapan’s architectural community. The Bunriha became a valuable model and was taken as example by other socialinstitutions that had the aim to promote modernist architecture in Tokyo. Iride Rosa and Andres Lepik, The Berlin-Tokyoconnection.

Binding  stained, restored spine, two panels at the back with landscape paintings by an unknown hand. Despite the shortcomings, which are reflected in the price, is still valuable document.