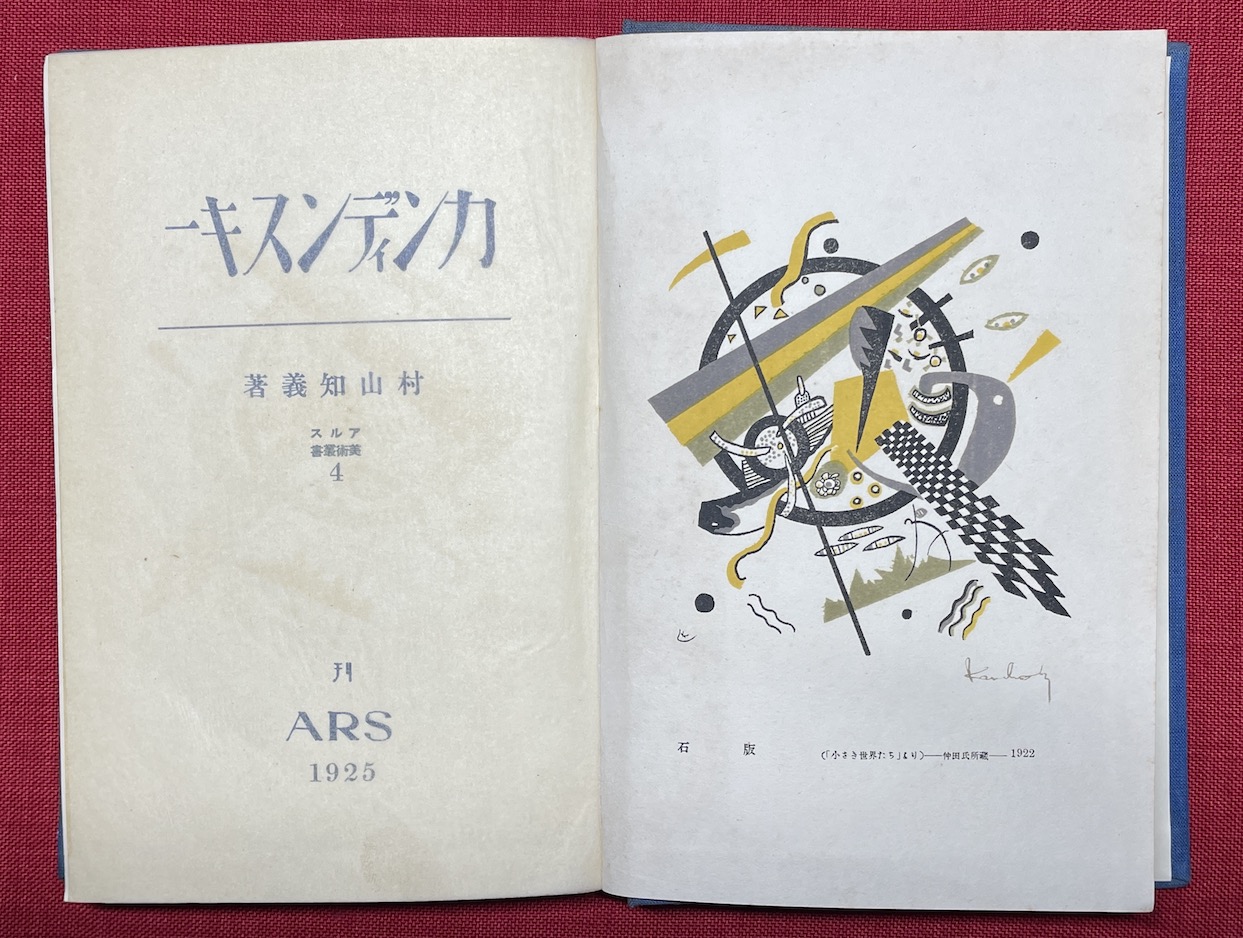 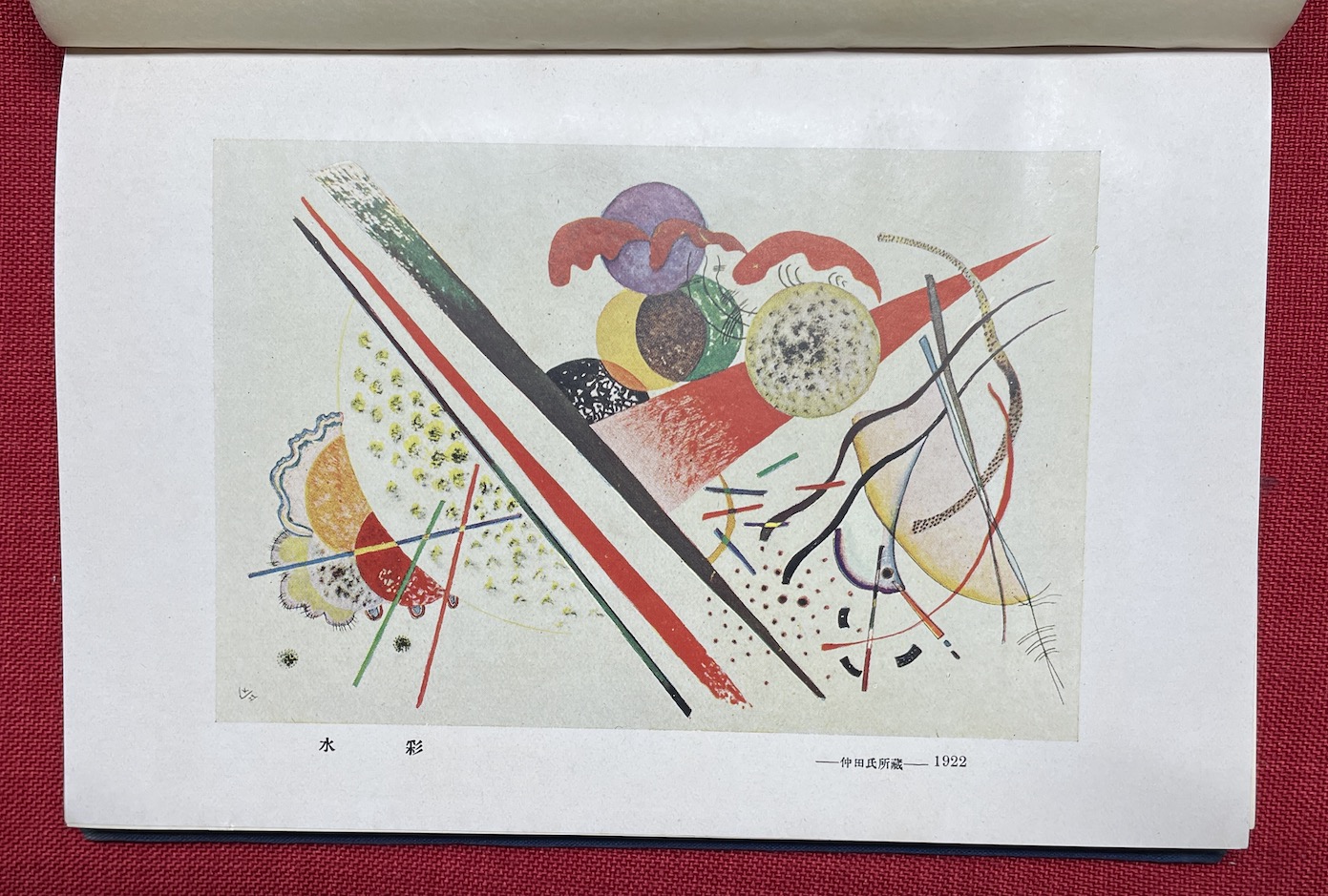 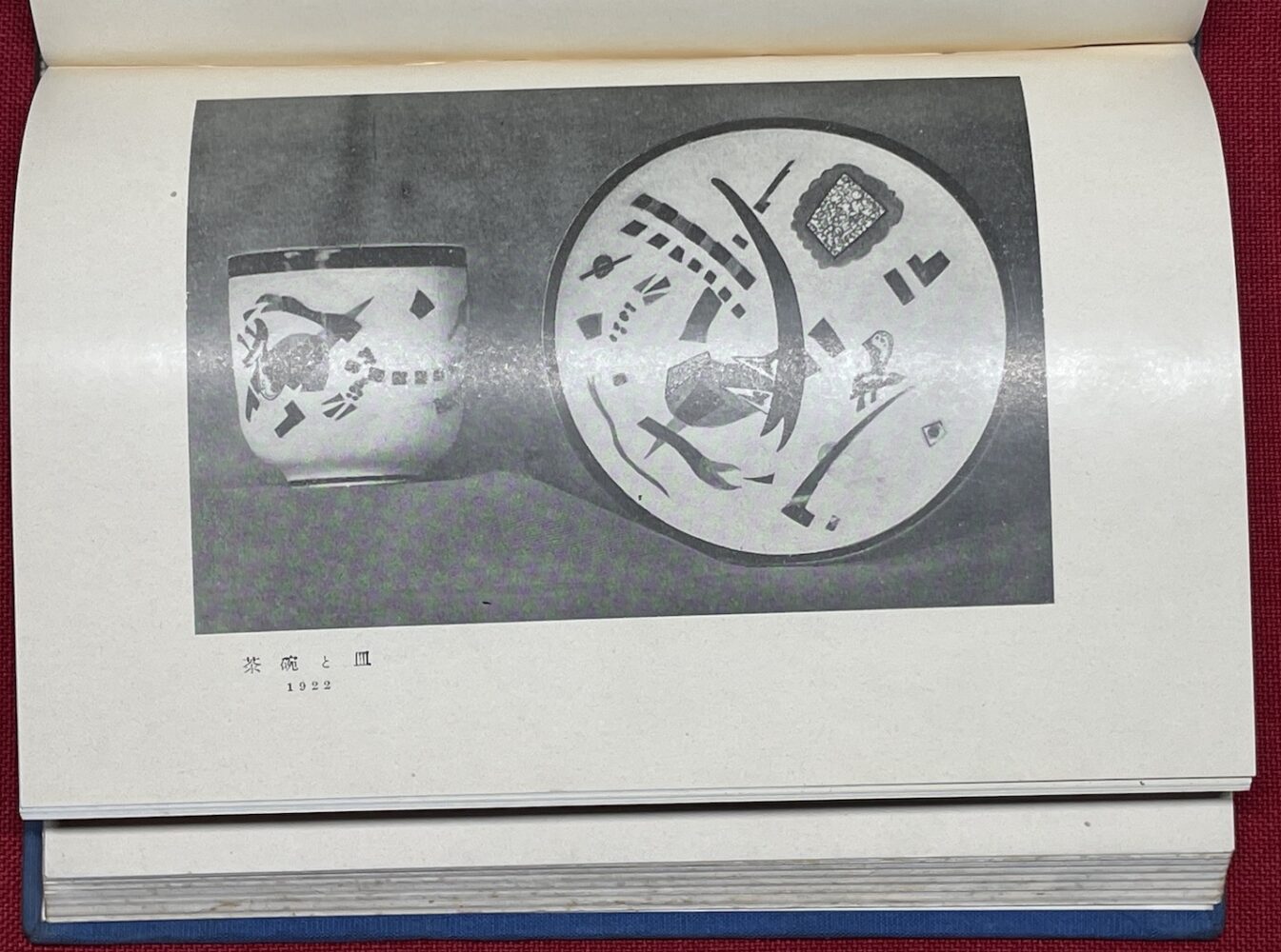 1st edition, 1st printing. Tomoyoshi Murayama’s (1901-1977) first publication after his European journey (1922/23), published a year before one of his most famous publications: Kōseiha kenkyū (構成派 研究). [Study of Constructivism] which is devoted to the Constructivist elements of the art movements in Europe at that time. Murayama wrote on Kandinsky more than any other Western artist and he even earned the nickname “the Kandinsky of Japan.” He adopted the Russian painter’s ideas on breaking down the boundaries between art and life, but criticized some of Kandinsky’s ideas for their ambiguity. Even though no evidence points to an actual dialogue between Murayama and Kandinsky, the former was able to refine his theoretical formulations in writing through an imagined discourse with the Russian artist. Freely quoted after: Yang Wang, 2009, Russia Constructed: the Practice of Avant-gardism in Taisho-era Japan, 1912-1926.