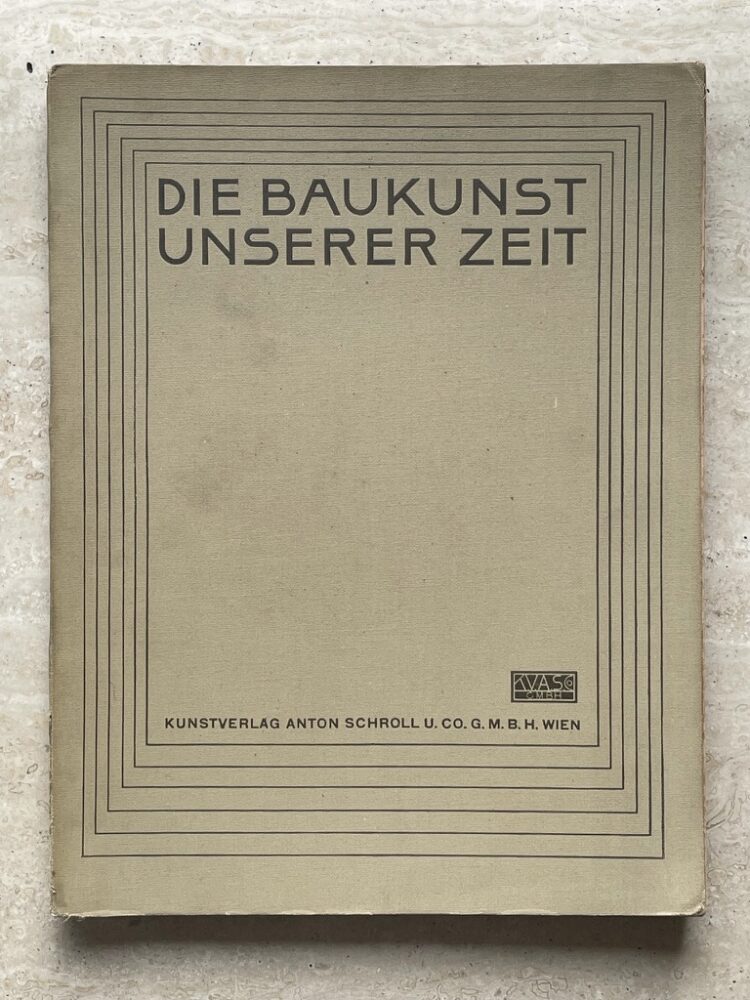 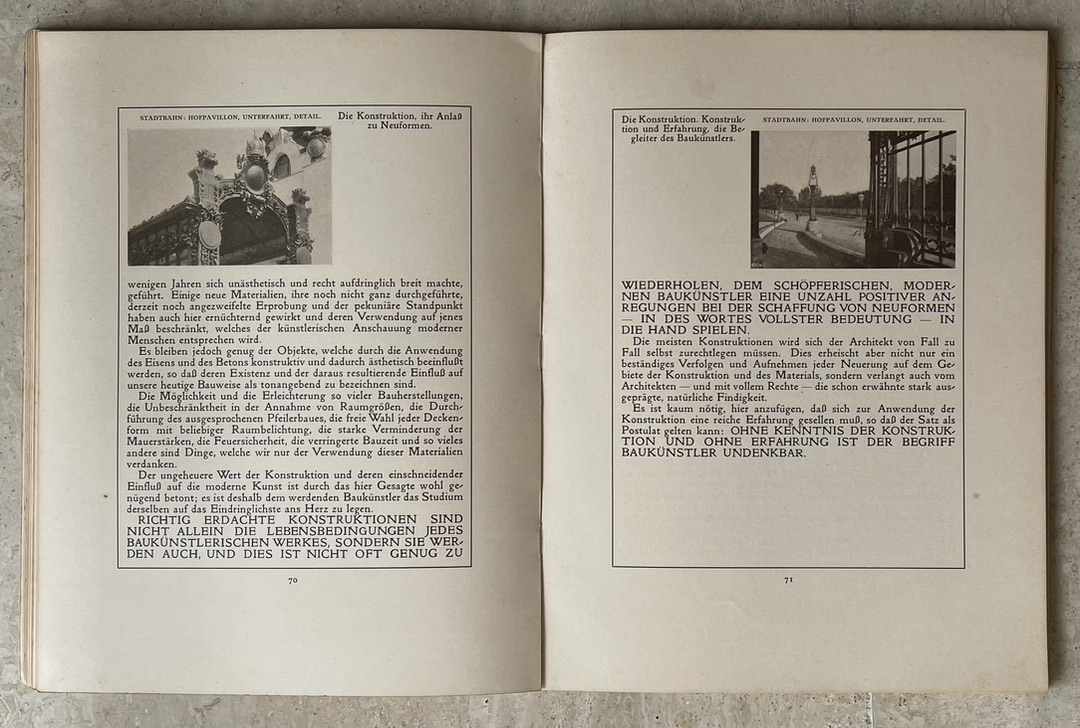 Fourth edition. Otto Wagner (1841-1918) proposed a new style which would have no truck with historicism. His ‘Modern Architektur’ reads like a declaration inaugurating the architecture of the twentieth century. Hanno-Walter Kruft, Architectural theory: from Vitruvius to the present, London 1994, pp.320-322.

Otto Wagner´s ‘Moderne Architektur’ appeared in four editions between 1896 and 1914. His textual changes to the second edition of 1898 were slight; in both the third and fourth editions of 1902 and 1914 respectively, they are mor extensive. In the fourth edition Wagner added two new chapters and gave the book a new title ‘Die Baukunst unserer Zeit’.

Wagners ‘Moderne Architektur’ is one of a handful of books in the literature of architecture whose appearance not only created a sensation but also presaged a revolution. Part textbook, part professional breviary, part polemical tract. It was the first modern writing to make a definitive break with the past, outlining an approach to design that has become synonymous with twentieth-century practice. Historically, however, it may be more accurate to view the work as the culmination of nineteenth-century efforts to create a new style. Harry Francis Mallgave. Otto Wagner, Modern Architecture, A guidebook for his students to this field of art. Introduction and translation by Harry francis Mallgrave. Santa Monica 1988. Published by The Getty Center for the History of Art and the Humanities.

Nice copy, only the spine is slightly rubbed at the edges and the metal staple binding is a bit rusty.