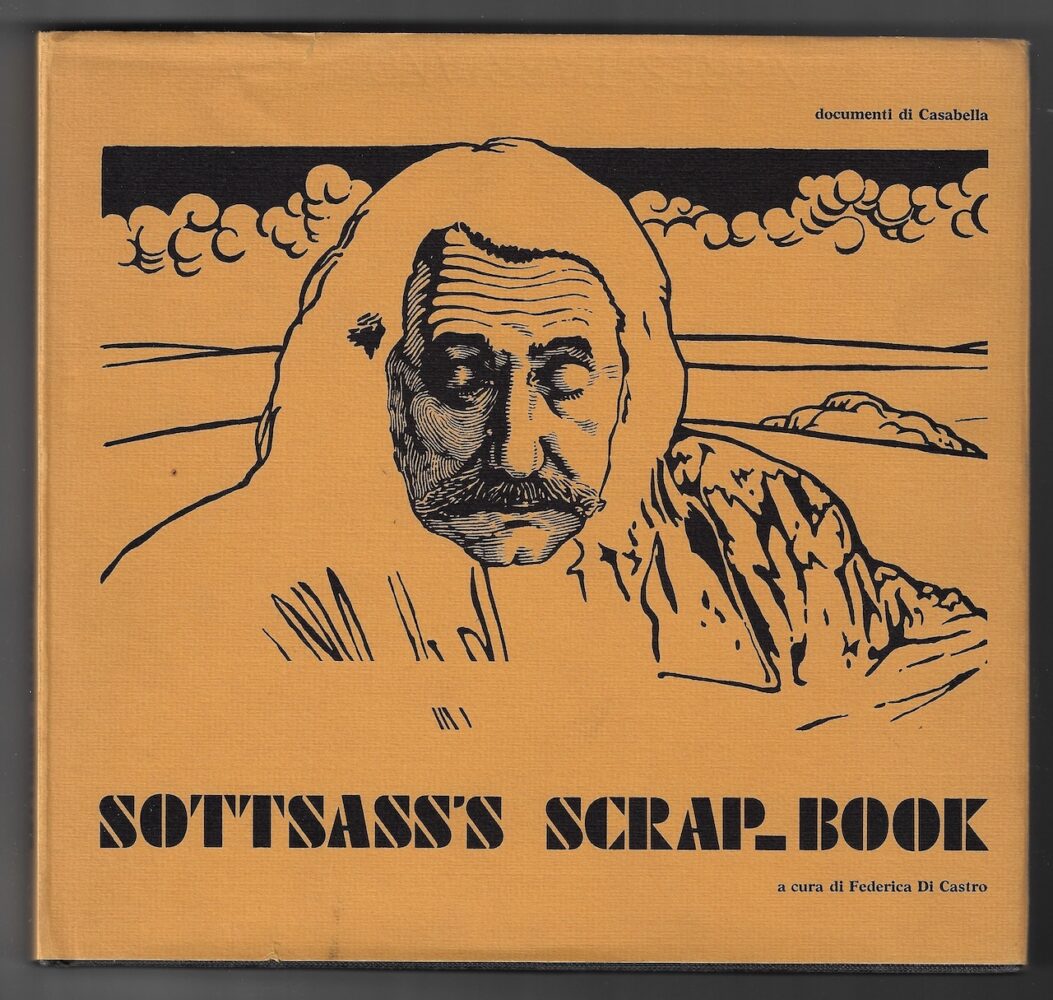 First edition. Italian-English text. Ettore Sottsass (1917–2007) was an Italian architect and designer of the late 20th century. His body of designs included furniture, jewellery, glass, lighting and office machine design. In 1959 Sottsass began working as a design consultant for Olivetti, designing office equipment, typewriters and furniture.  Sottsass was hired by Adriano Olivetti, the founder, to work alongside his son, Roberto. There Sottsass made his name as a designer who, through colour,  form and styling, managed to bring office equipment into the realm of popular culture. Sottsass, Mario Tchou, and Roberto Olivetti won the prestigious 1959 Compasso d’Oro with the Elea 9003, the first Italian mainframe computer.

Throughout the 1960s, Sottsass traveled in the US and India and designed more products for Olivetti culminating in the bright red plastic portable Valentine typewriter in 1969, which became a fashion accessory. Sottsass described the Valentine as „a brio among typewriters.“ Compared with the typical drab typewriters of the day, the Valentine was more of a design statement item than an office machine. While continuing to design for Olivetti in the 1960s, Sottsass developed a range of objects which were expressions of his personal experiences traveling in the United States and India. These objects included large alter-like ceramic sculptures and his „Superboxes“; radical sculptural gestures presented within a context of consumer product, as conceptual statement. Covered in bold and colorful, simulated custom laminates, they were precursors to Memphis, a movement which came more than a decade later. Around this time Sottsass has said, “I didn’t want to do any more consumerist products, because it was clear that the consumerist attitude was quite dangerous.” The feeling that his creativity was being stifled by corporate work is documented in his 1973 essay „When I was a Very Small Boy“, and subsequently his work in the ’70s was defined by experimental collaborations with younger designers such as Superstudio and Archizoom, ulminating in the foundation of Memphis at the turn of the decade. Wikipedia.org.