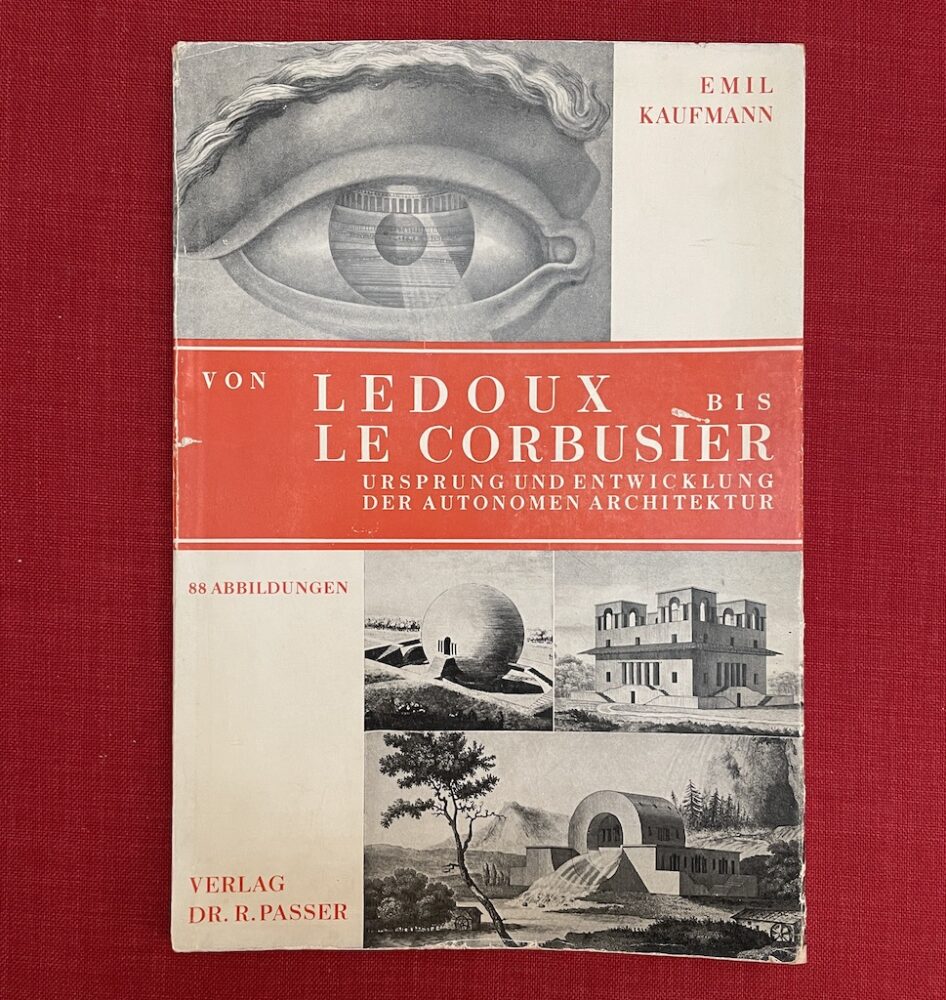 The book was held in high esteem by Walter Benjamin, his texts on the history of architecture and culture refer to Emil Kaufmann’s publication several times, and he cited the book again and again.

Emil Kaufmann (1891 in Vienna – 1953 in Cheyenne, Wyoming) was an Austrian art and architecture historian. Kaufmann is best known for his studies of neo-classicism. From 1913 he studied at both the University of Innsbruck and the University of Vienna. In Vienna he studied under Max Dvořák, Josef Strzygowski and Moriz Dreger in the spirit of the so-called Vienna School of Art History, such as Alois Riegl and Franz Wickhoff, who attempted to give greater objectivity to the study of art. Kaufmann fought as a soldier in World War I and afterwards attended to his studies intermittently because of illness. He received his Ph.D. in 1920, writing his dissertation under Dvořák on the development of the architecture of Ledoux and classicism. After completing his studies, Kaufmann was unable to obtain an academic position and so earned a living as a bank clerk. In 1933, Kaufmann published the book „Von Ledoux bis Le Corbusier“, which argued for a formal aesthetic continuity between neoclassicism and modernism. It was regarded by established Austrian scholars such as Hans Sedlmayr as symptomatic of all that was bad about Modernism. – Wikipedia.